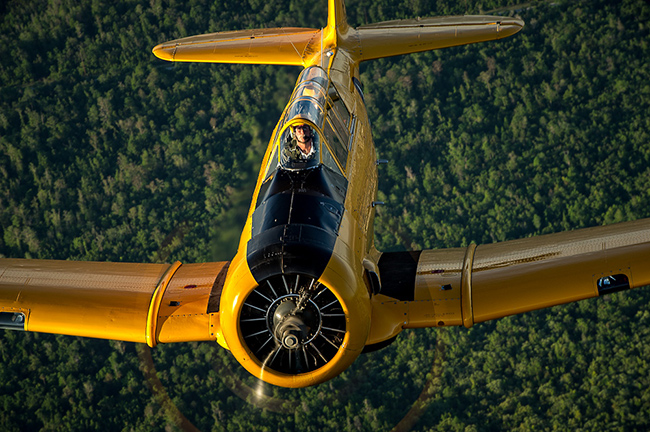 T-6 S/N 44-81274 spent much of its pre-“G” conversion years at airbases in the south at Gunter Field, Alabama, Maxwell Field Alabama and Independence Field, Kansas.

1957: “THANG” Purchased by Walter Dillingham.
1st Civilian Owner N5632V s/n 197-022
Walter Dillingham and his family are famous in Hawaii. Many streets, buildings and Air Fields are named after him. In 1948, Dillingham Airfield, a small Air Force base on the North Shore of Oahu, Hawaii was named for his son Captain Henry Gaylord Dillingham, a B-29 pilot who was killed in action over Kawasaki, Japan on July 25, 1945.