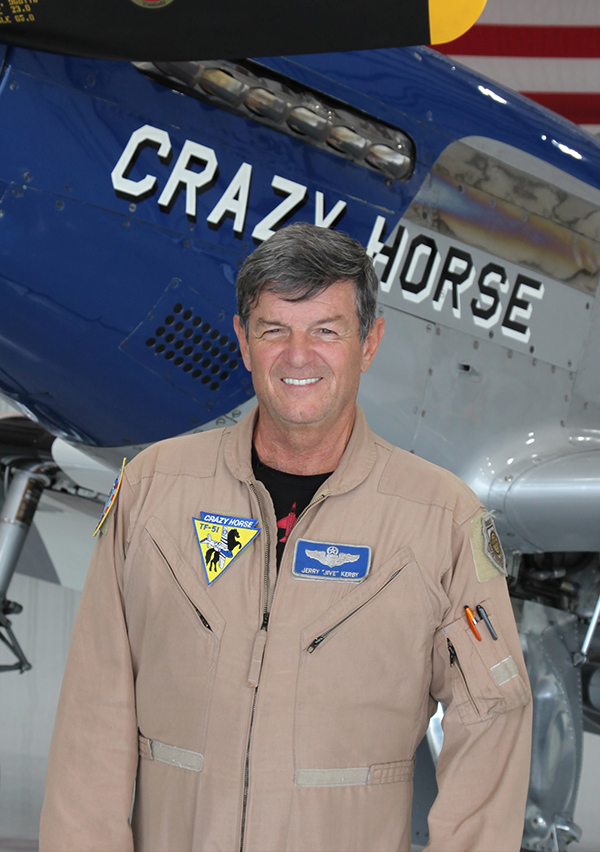 (RET) USAF Lt Col. Jerry ‘Jive’ Kerby’s flying career started when he was 10 years old when he took his first flight at a county fair in Missouri.  After seeing the Thunderbrds fly at his first airshow, he knew his course was set to be a fighter pilot.  Jerry started flying lessons when he was 15, soloed on his 16th birthday and earned his private pilot’s license on his 17th birthday.

Jerry graduated from the professional pilot training program at Spartan College of Aeronautics and Technology and began working as a charter and cargo pilot while earning his bachelor’s degree in aviation from the University of Louisiana at Monroe.

Upon completion of his degree, Jerry joined the United States Air Force with over 4300 hundred hours of flight time and his Airline Transport Pilot’s license.  During his flight training with the Air Force, Jerry graduated at the top of his pilot training class and earned the opportunity to fly the F-15C Eagle.

Jerry amassed over 3400 hours in the Eagle during his Air Force career as well as several hundred hours flying the F-4 Phantom.  It was in the F-4 that Jerry achieved his next aviation goal…to be an air show pilot flying for the USAF Heritage Flight program in the F-4 Phantom in 2005.

In 2019, Jerry attended the Reno Air Races Pylon Racing School for the first time and was certified to fly at the September races in the De Havilland Vampire. During the 2019 races as a rookie, Jerry became one of the few racers to ever qualify at over 500 mph. He returned to Reno for 2021 flying the L-39C as Team Race 11’s main aircraft in the Jet Class.  He was elected in September of 2021 to serve on the Board of Directors for Racing Jets, Inc., the membership organization and governing body for the Reno Air Races Jet Class.