Joe “Rifle” Shetterly’s pre-flight of Stallion 51’s Mustang “Crazy Horse” started over a century ago because of a chance encounter by Rifle’s Great grandfather with the Wright Brothers. That meeting sparked an interest in aviation, putting into motion a chain of events that ended with Rifle sharing Stallion 51’s cockpit for a week in May.

Rifle comes from a family of fliers. His Mom soloed at age 19 and told stories of how her grandfather had met the Wright Brothers. Rifle’s Dad was a classic aviation junky who spent his youth building countless balsa airplane models from and spending endless youthful days biking to airports to hang out and dream of flying. Little did his Dad know while hanging on that airport fence he would grow up to marry a pilot, become a flight instructor, run a small Florida airport and flight school, and make a career in aviation.

Rifle’s Dad also flew freight and during one corporate flying trip Rifle tells; “My mom decided to bring home a new family car. When Dad got home to see the new car in the driveway he said to mom, “I just have one question, when you get to 50 on the highway and pull back on the wheel does anything happen?”  So they returned the new car and we bought a Citabria instead.”  Rifle’s Dad proceeded to teach both his older brother, his mom and him how to fly; soloing Rifle on his 16th birthday and having him take his private pilot check ride a couple days after his 17th birthday.

Through college, Rifle and his Mom completed their commercial, instrument and CFI ratings often studying together for the written exams.  During those same days he began flying local aerobatic competitions in the Citabria. After college, Rifle moved to middle Tennessee to work as a Civil Engineer.

“Having grown up on Beech 18 stories, the silver lining in the Tennessee assignment was fulfilling one of many flying dreams; getting to fly a twin Beech for two summers dropping skydivers.  From there I was picked up for Air Force pilot training and went on to fly the mighty A-10 Warthog”, Rifle shares.

In 2008, Rifle met Stallion 51’s owner and chief pilot Lee Lauderback while serving as a safety officer for the A-10 West demo team. Lee recalls, “I first met Rifle in 2010 when he began flying the A-10 Warthog as a USAF Demo and Heritage Flight pilot. I had the pleasure of watching him fly and flying off his wing many times at various airshows and training conferences.” Rifle recalls fondly, “Many of my most vivid flying memories to date involve rejoining with a Mustang to fly in the Heritage Flight. “

“With no shortage of desire to fly anything I could get my hands on; especially warbirds, antiques and aerobatic platforms; I started flying my RV-8 in airshows in 2011 and in 2013 I talked my brother into buying a T-6.  Dad, Jeff and I have been flying airshows together since then as the Shetterly Squadron.”  RifleAirshows.com

“Knowing that the typical prerequisite for most WWII fighter flying is the T-6, I’ve flown the Texan at every opportunity – with the hope of one day getting to fly the Mustang. “ Rifle shares.

Last Summer, at an airshow near Kansas City, Rifle was approached by the caretakers of the P-51 Mustang “Gunfighter” and was invited to be a part of their team.  “I’m was absolutely thrilled and humbled for this opportunity!  Between my Dad’s instruction, Air Force Pilot Training and training at a legacy U.S. air carrier I feel like I’ve been exposed to the best aviation instruction in the world.  Stallion 51 was no exception to this rule.” Stallion 51 is known world wide as a leader in Mustang and high performance warbird training.  Stallion 51 was an obvious choice to complete a thorough and comprehensive check out in the Mustang.

“My instructor at Stallion 51 was Marco Rusconi. Before joining the Stallion 51 team, I had the pleasure to fly with Marco during a Snowbirds practice in Toronto in 2011.” Marco was a member of Canada’s National Aerobatic Flight team, the Canadian Forces Snow Birds from 2008 through 2011. Marco and Rifle have stayed in touch since they first met and now they were going to be sharing the cockpit of Stallion 51’s dual cockpit-dual control TF Mustang for the next week of intensive training.

“Sharing the Mustang cockpit with Rifle was great. I have always been a big fan of how naturally he and his entire family embrace flight as a state of being. His professionalism and skill coupled with his positive attitude translated in a rewarding and fun training experience. “ Marco recalls.

Rifle shares his thoughts about his week at Stallion 51; “As for my flight training experience: The ground instruction was very thorough, covering everything from aircraft systems to the finer details of stall progression in every conceivable situation. During the flying training I was particularly impressed by the buffet tracking exercises, which included airspeed transitions from slow-to-fast and fast-to-slow as well as through various configuration changes.  This training gave me a deep understanding and feel for exactly what the Mustang wing can and can’t do for me in every situation.”

Stallion 51’s comprehensive and intense program covers all aspects of flying the Mustang including a maintenance brief by Richard Lauderback of Stallion 51 Maintenance, who maintain and restore Stallion51’s Mustangs as well as other privately owned P-51s. Graduates of the program walk away with a deeper understanding of the Mustangs capabilities and how to keep them flying for years to come. “Rifle made it a point to dedicate himself to understand and embrace the Mustang “language” early and applied his vast aeronautical knowledge to master each of the training mission objectives with expertise and finesse. Rifle is a true aviator and sharing the cockpit with him again was outstanding. “ Marco shares.

After days of training sorties; Lee Lauderback climbed into the cockpit with Rifle to give him his check ride. Lee is the highest time Mustang pilot in the world with almost 10,000 in the P-51, “Thanks to his family flying background, Rifle has “Aviation DNA” through-out his body and it shows! His abilities and professionalism has always impressed me and I know he will excel in the P-51 Mustang.”

On May 3rd, that dream of being checked out in a Mustang was fulfilled, as Joe “Rifle” Shetterly became Graduate number 189 from Stallion 51’s Mustang Check out training program. The preflight to this Mustang moment that started with the chance encounter by his Great Grandfather with the Wright Brothers over a century ago was completed when Rifles passed his FAA Experimental Aircraft Authorization check ride with Mr. Mustang himself, Lee Lauderback. 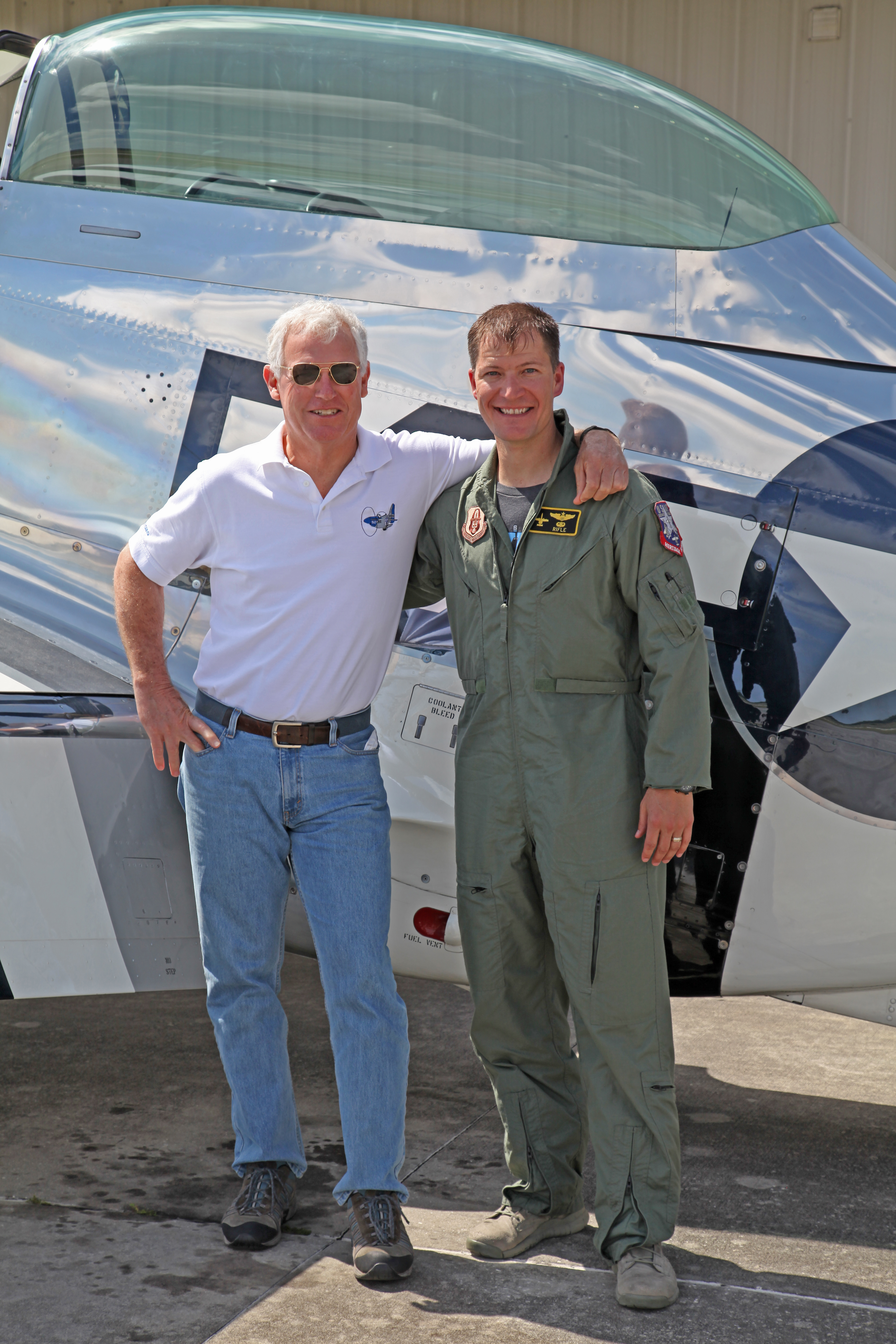 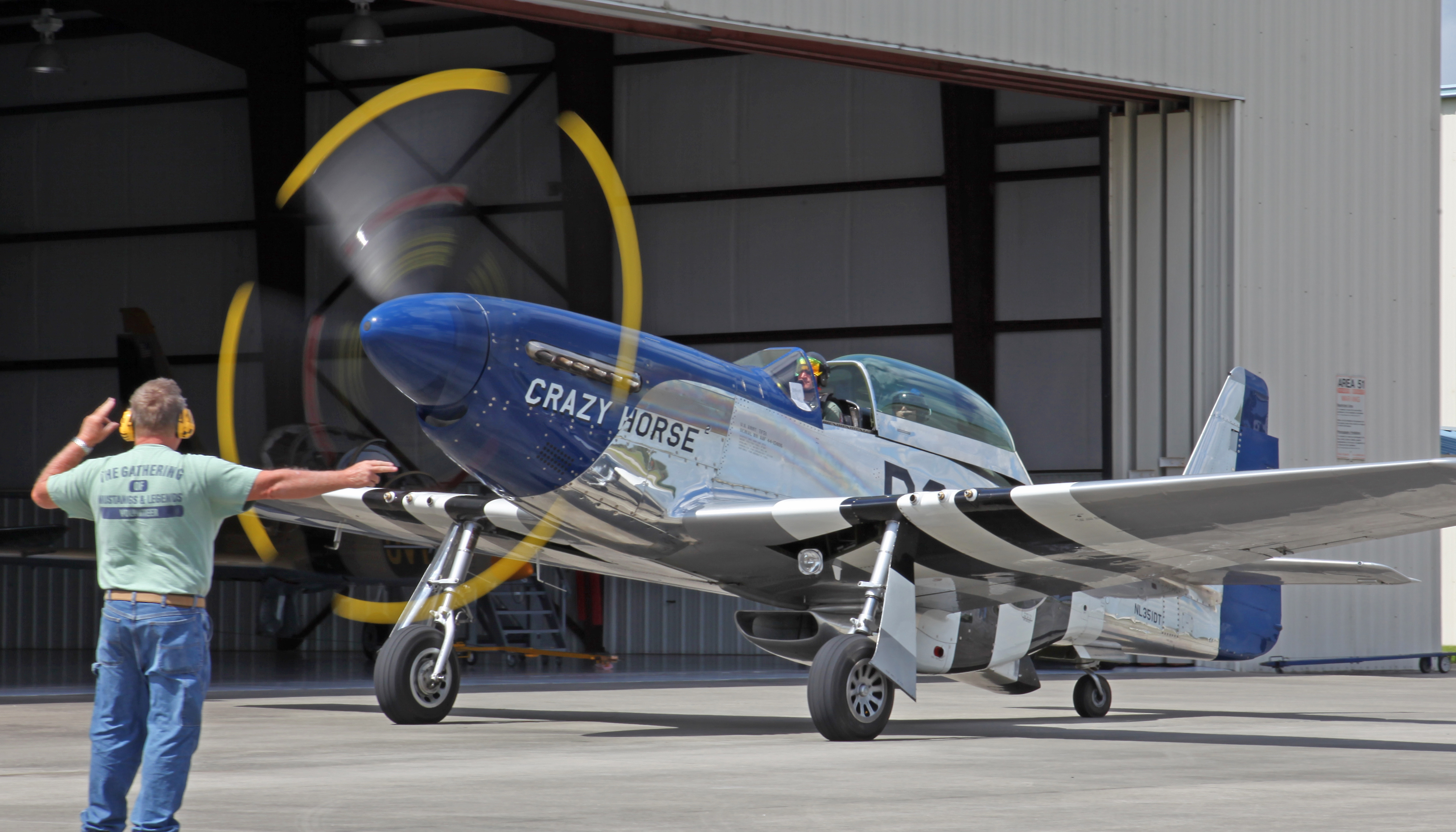 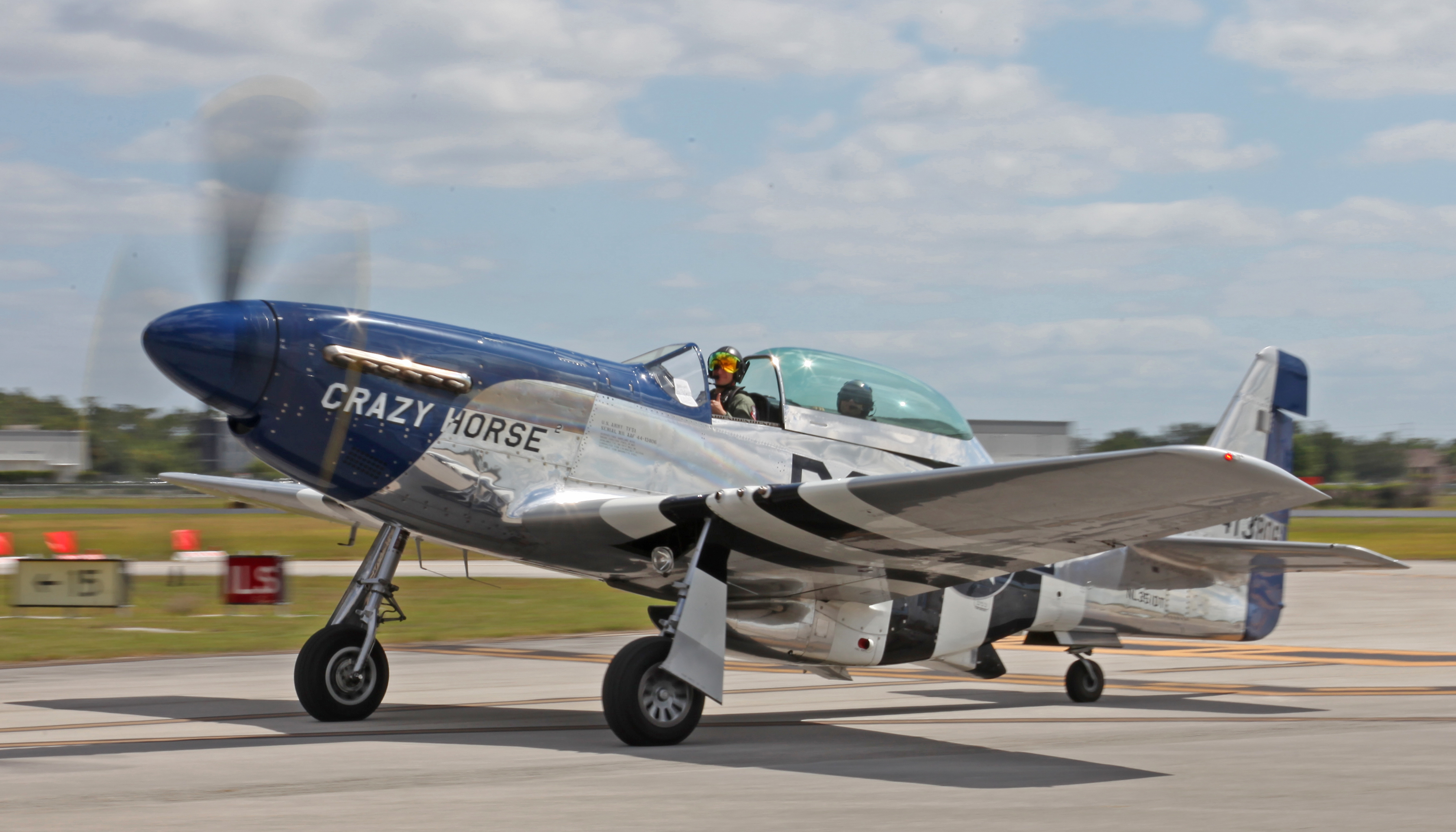 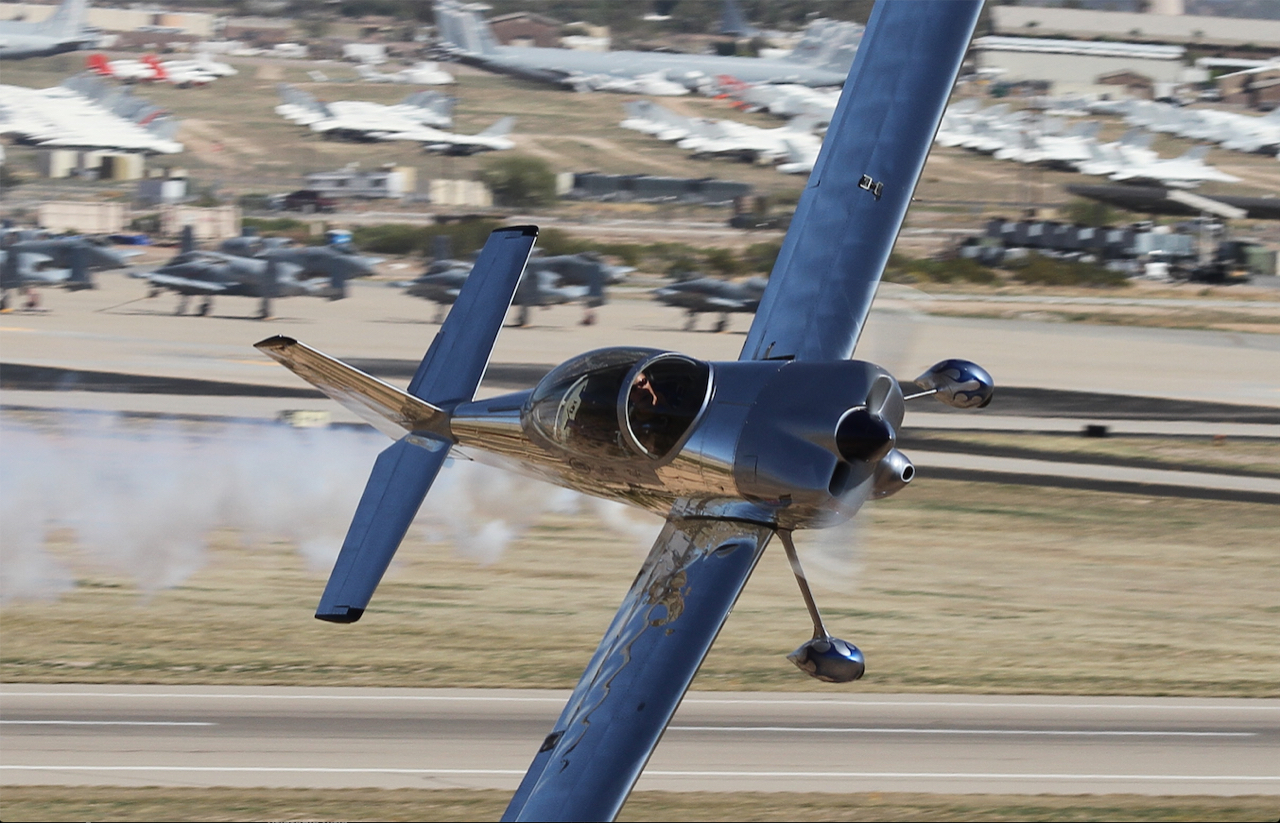 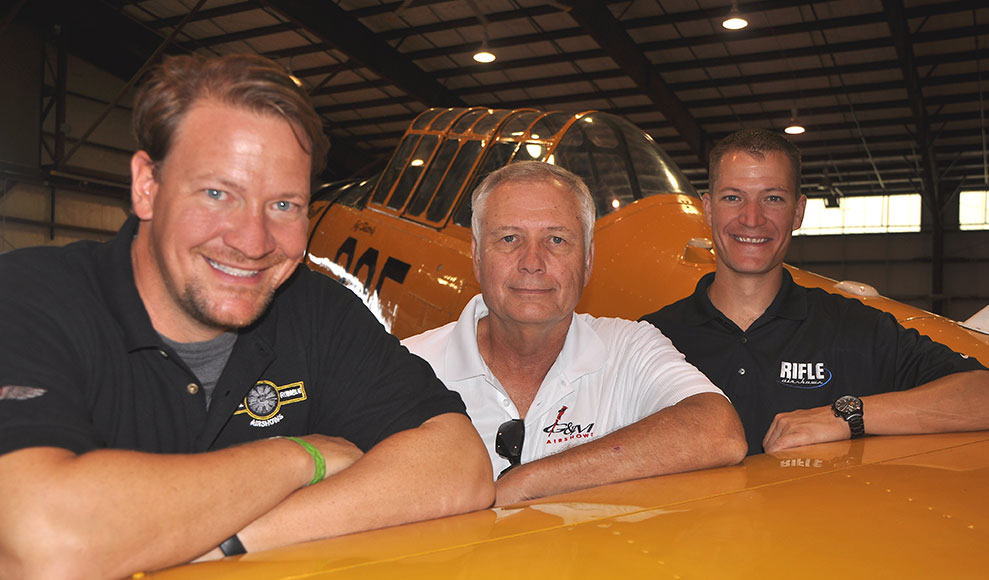 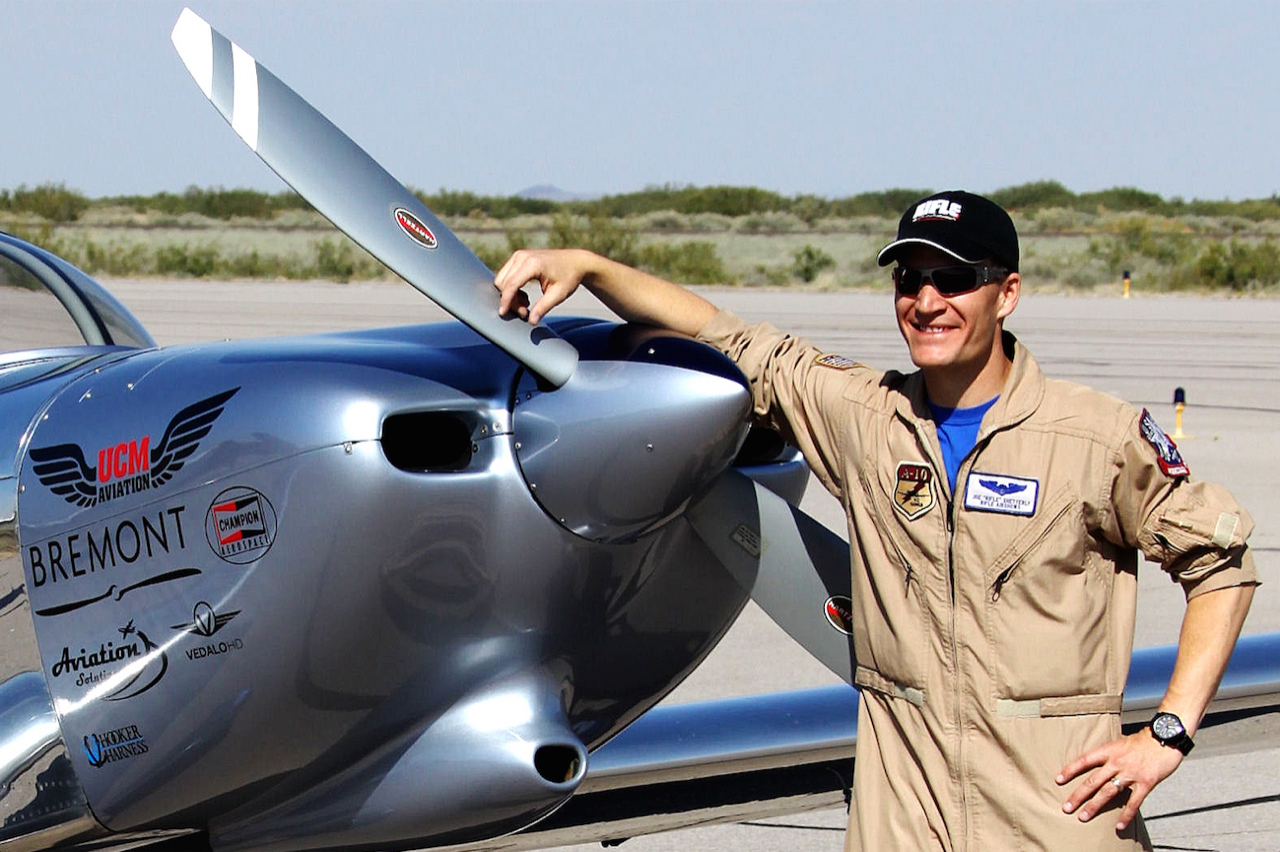 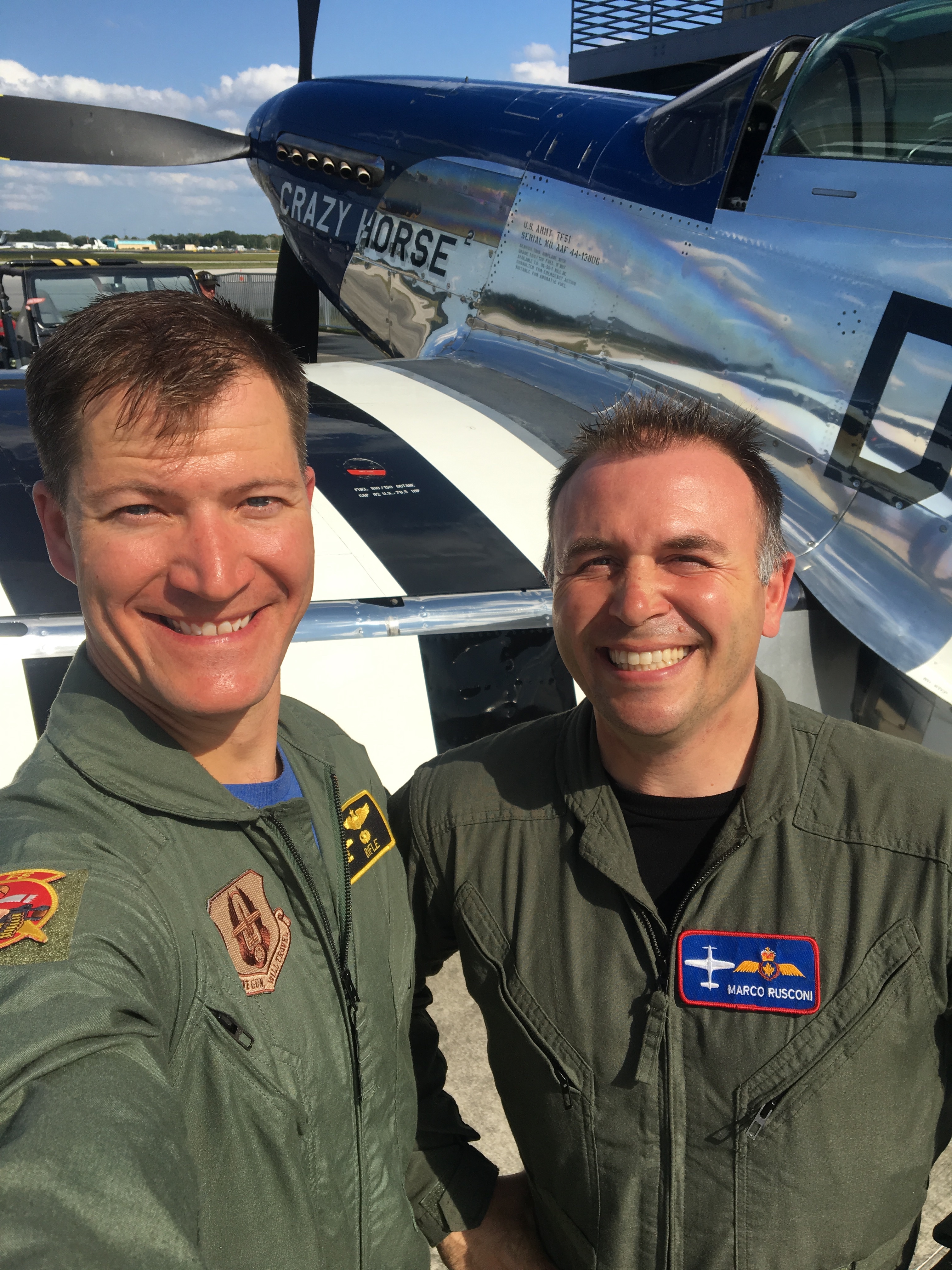 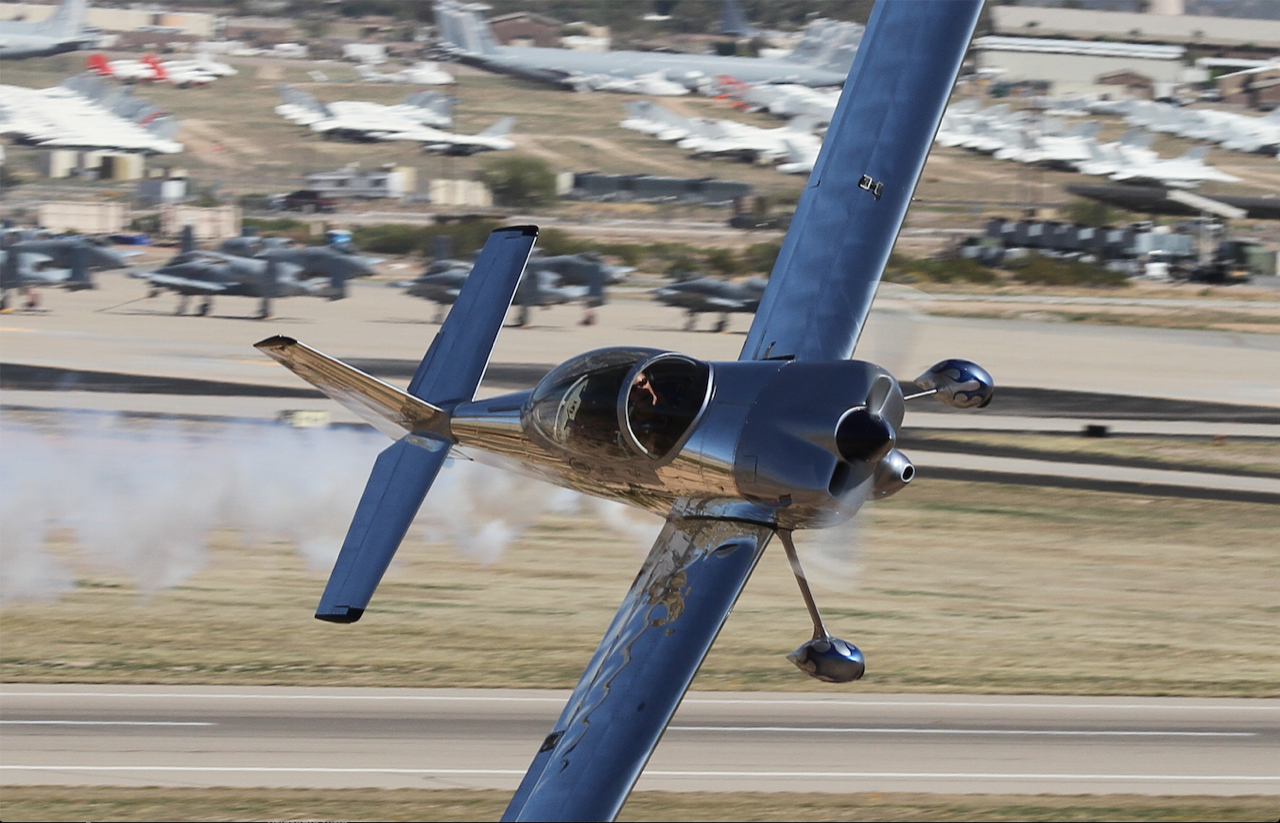