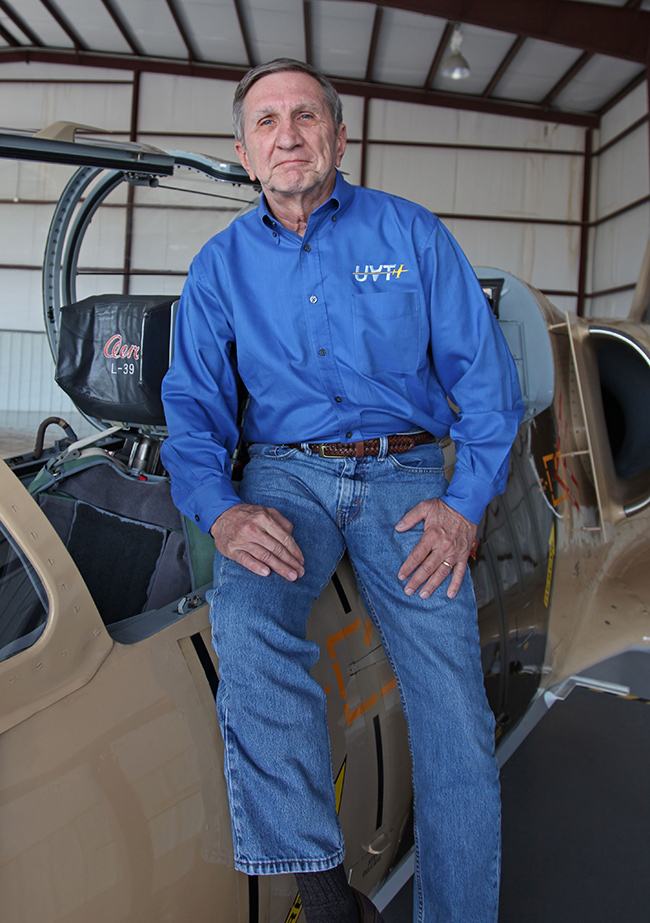 Mr. Tomczak grew up in the northern Wisconsin city of Park Falls. The city’s airport was a privately owned 1800 ft dirt airstrip built by a neighbor, which essentially made it in his “backyard”. His father owned a 1947 Aeronca Champ so he began his flying career at age 16, paying for flying lessons by washing and waxing airplanes.

He graduated from the University of Wisconsin with a degree in business administration and was commissioned a second lieutenant in the USAF through the AFROTC program.

Mr. Tomczak served as an active duty U. S .Air Force fighter pilot for twenty-six years, retiring at the rank of Colonel. He flew both the F4 Phantom and F-16 Fighting Falcon and held various leadership positions including Operations Group Commander, Director of Operations of the Alaska NORAD region and fighter wing Vice Commander. During his career he also served as Chief Flight Examiner of the Air Force’s largest F-16 Wing, Flying Safety Officer, Chief of Flight Safety of the Air Force’s first F-16 combat wing and Chief of Safety of Air Combat Command at it’s headquarters at Langley Air Force Base Virginia where he was responsible for the Mishap Prevention Programs for the 120, 000 person command flying over 1800 aircraft.

He led numerous Air Force Mishap and Accident Investigations and was awarded the Air Force Chief of Staff Individual Safety Award for his flight safety program management and investigations of F-16 mishaps during the early operational use of the aircraft.

He has over 3300 hours of flying time and holds Commercial, Instrument, Single and Multi engine ratings.